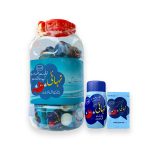 The human body is like an instinctive machine, created by nature in such a way that every organ performs its role and function without any resistance. When humans do not take care of their organs and body, neglect, problems, and illnesses arise. Human health depends on the stomach system. If the stomach’s health is disturbed and not performing naturally, eventually its disturbed the digestive system. So, here is the Nehai  – Perfect for Digestion.

Because it contains the best ingredients, which give the gastrointestinal system a quick relief.

Also known as Dried Pomegranate Seeds, Strengthens the stomach and digests food. This is why pomegranate seeds powder is most often used in stomach remedies.

Also known as Cumin Seed, It is useful and powerful digestive tract for the treatment of stomach disorders. It relieves nausea, loss of appetite, indigestion, diarrhea, and vomiting. Digests the food quickly.

Also is known as Long Pipper, it stimulates digestion and improves the digestion system, gives strength to the stomach, and useful in stomach pain.

Also known as Black Pipper, it gives strength to the stomach. It digests the nutrients. To make hungry or famish.

1 teaspoon or as directed by the Physician.

There are no reviews yet.

Be the first to review “Nehai” Cancel reply