The liver ailment yarqaan (jaundice) is fairly widespread. An excessive amount of bilirubin is circulating in the blood in this situation. (Bilirubin is a substance created when red blood cells’ hemoglobin breaks down; it is the yellow byproduct of healthy heme catabolism, brought on by the body’s removal of old red blood cells that contain hemoglobin.) Jaundice, also known as yarqaan, is the term used to describe the yellowish coloring of the skin, mucous membranes, and eye whites that is brought on by insufficient clearance and an elevated level of serum bilirubin in the blood. Heme is broken down into the tetrapyrrole pigment known as bilirubin (ferroprotoporphyrin IX).Each day, 250 to 300 mg of bilirubin are created, and 70 to 80 mg of that amount comes from the hemoglobin breakdown in senescent red blood cells. The remaining portion comes from erythroid cells in the bone marrow that are prematurely killed as well as from the oxidation of hemoproteins like myoglobin and cytochromes that are located in tissues all over the body. The skin, eyes, and mucous membranes of the mouth turn a yellowish color as a result of the excess bilirubin. Jaundice, or yarqaan, may not become clinically apparent until bilirubin levels reach about 2 mg/dl. Jaundice is a side effect of disorders that impair the liver’s ability to handle bilirubin, hence it is a side effect of conditions that damage the liver.Because the accumulation of bilirubin is so harmful, severe jaundice can potentially lead to liver failure. Therefore, bilirubin must be regularly excreted to avoid fatal quantities from building up.

Jaundice, or yarqaan, can be brought on by a number of factors, such as obstruction of the bile duct, which usually transports bile salts and pigment to the colon. Gallstones or hepatitis, an inflammation of the liver, can cause a clog in the bile ducts. Jaundice can also be brought on by chronic alcohol use, pancreatic cancer, hemolytic anemia, and other liver-damaging conditions like malaria, yellow fever, typhoid, and tuberculosis.

Gilbert syndrome (benign unconjugated hyperbilirubinemia), a hereditary condition that can cause jaundice at times of unusual stress or illness, is thought to affect about 5% of the population. Typically, this kind of jaundice is regarded as clinically unimportant. Cholelithiasis, or gallstones, affects about 10% of people and can result in jaundice.

Adults can develop jaundice due to a number of medical problems that interfere with bilirubin’s normal metabolism or excretion. The everyday breakdown and destruction of red blood cells in the bloodstream, which rupture and release hemoglobin, is the main source of bilirubin. The heme component of hemoglobin is then changed into bilirubin, which is then delivered to the liver via circulation for additional processing and excretion. Bilirubin is discharged into the gallbladder, where it is stored, then into the intestines after being conjugated (made more water soluble) in the liver. A portion of the bilirubin in the intestines is eliminated in the feces, while another portion is broken down by intestinal bacteria and eliminated in the urine. A malfunction of the normal metabolism or excretion of bilirubin results in jaundice. Because this interference with bilirubin metabolism or excretion can happen at different points, it is helpful to group distinct causes of jaundice according to the location of the problem. Pre-hepatic causes of jaundice are those that occur before the liver is secreted, hepatic causes that occur within the liver, and post-hepatic causes that occur after the liver has been secreted (the problem arises after bilirubin is excreted from the liver).

Jaundice (yarqan) is defined as a noticeable yellowish or blackish coloring of the skin and conjunctiva that results from the diffusion of yellow or black bile (safra or sauda, respectively), in blood vessels, toward the skin with or without infection. According to Razes (850–925 AD) in “Kitabul Hawi,” who cited Hippocrates (460–377 BC), the father of medicine, jaundice can occasionally be brought on by Sue- Mizaj Har Jigar (Abnormal/Pathological Hot Temperament of Blood Vessel), whereby sanguineous humor transforms into bilious humor (yellow bile). Furthermore, he defined jaundice as “discoloration of conjunctiva and skin coupled with or without fever, is caused by sustained ingestion of contaminated or infected diet” in his book “Qanoncha Buqratiya”. Galen, who Razes referenced in “Al- Hawi,” asserts that there are numerous causes and signs of jaundice. 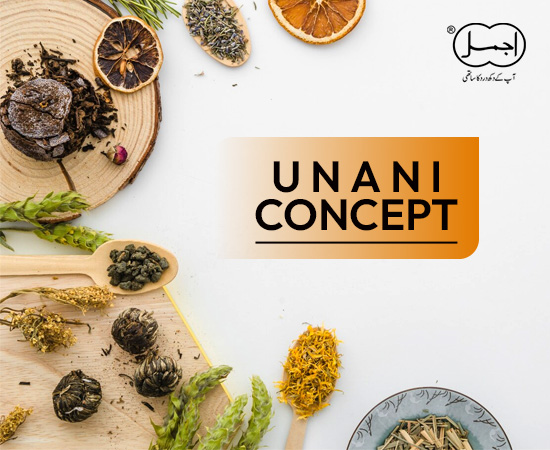 Along with these etiologies, Razes in “Al-Hawi” archived additional Ibn-e-Maswahian causes of jaundice, including.

Similar to Razes, Abu Sahal Masihi claimed that pathological hotness of temperament in the liver or gall bladder (Hararat-e-kabid & mirara, respectively) was a cause of jaundice. Additionally, he noted medical conditions such skin discoloration, coated tongue, weight loss, constipation, and discomfort in the abdomen.

In his famed work “Al-Hawi,” Razes argued that it is necessary to evacuate the yellow bile/bilirubin (safra) during jaundice. Additionally, if physic (tabiyat-e-mudabbirae-badan) is ineffective, the infection spreads to the yellow bile, causing fever. Fever, however, can also be seen in liver inflammation, as previously noted.

The earliest book in history to be written in Arabic, Firdaus-ul-hikmat, by Rabban Tabri (810–895 AD), also described the causes of jaundice. All of the aforementioned etiologies were highlighted, in addition to the physical (tabiyat-emudabbira-e-badan) diversion of extra bile from the gall bladder toward the skin for sweat excretion. High levels of yellow bile (safra) that are produced in subcutaneous tissue cause discoloration and a jaundice-like tint. Additionally, he asserted that jaundice is also caused by black bile (sauda).

Both Azam Khan and the Great Persian Muslim philosopher Avicenna (980–1037 AD) defined jaundice as a visible coloring of the body (yellowish or blackish) caused by the diffusion of yellow or black bile from the blood toward the skin, with or without infectious illness. Tertiary fever (humma-e-gib) and quartan fever (humma-erub) emerge in cases of infection and cause jaundice with yellow discoloration (yarqan safrawi) and blackish discoloration (yarqan saudawi), respectively.(ANSARI et al., 2015)

PRODUCTION OF AKHLAT (HUMOURS) IN THE BODY

Something that is combined is referred to as khilt. Our bodies contain four different types of fluids: Dam (blood), Balgham (phlegm), Safra (yellow bile), and Sauda (black bile), all of which are essential in a mixed state. As a result, they go by the name Akhlat1. Akhlaat (Humours) are bodily fluids that are created as a result of the digestion and absorption of dietary products (Taghayyur wa Istehala). In reality, humours are the bodily fluids that the body absorbs from meals along with a variety of hormones and enzymes. They can be found in blood vessels, including arteries, veins, and the intervening capillaries. Humors are also found in lymphatics and lymph nodes, intercellular gaps, as well as other holes in the body between different organs1. These four liquids nourish the body and are in charge of keeping the moisture in the various organs moist. The Unani system of medicine strives to restore the humour’s equilibrium since, according to Unani physicians, any change in that equilibrium results in sickness.

Classification of Humours According to Properties

It is capable of absorbing into the organ it must nourish, either alone or in combination with other Khilt, so it must replenish the contents that are lost, has broken down, ejected, or excreted from that specific organ.

It is naturally formed in the body as a result of numerous metabolic processes, but it does not have the same benefits for the body that Khilt-e-Mehmood does. They go by the name Khilt-e-Fuzlah.

Jaundice is divided into two categories based on the nature of the discoloration and the creation of humour:

This type causes the entire body’s skin, conjunctiva, and other secretions of the body and organs to discolor due to an abnormally excessive flow of Safra (bile) towards the circulatory system, or inside the blood. The root causes of jaundice fall into two categories.

a)  There is no restriction in the biliary tract’s regular course; instead, changes take place in the body’s many organs that cause the blood to turn into yellow humor.

b)  Inefficient bile excretion from the circulation

There are numerous forms of jaundice in this group, which are briefly discussed here

Management of Yarqan in Unani Medicine

These are described as follows: Measures can be taken in this type of jaundice to aid the body’s natural expulsion systems (material). Hot water and Sikanjabeen should be provided to patients. Medicated tub baths and Sitz baths also produce positive results.

In this regard, it is important to eliminate underlying reasons and to avoid cholagogue medications.

If jaundice is brought on by hot air, the patient’s surroundings should be cooled using ice and other items. Cold fruit juice or water, as well as a cool diet, should also be given. Examples include Aab-e-Anaar (Punica granatum Linn.), Aab-e-Seb (Malus-sylvestris Mill.), Aab-e-Tarbooz (Water of Citrullus lanatus),

For the body to heal from jaundice, a proper oil- and spice-free diet and enough rest are crucial. Here are some beneficial dietary recommendations for persons who are impacted by yarqaan (jaundice). These are natural foods that aid in the treatment and relief of jaundice and the symptoms that go along with it.