A physician of his caliber has not yet been born in Pakistan and India. Initial education took place at home, and after that enrolled in Shah Abdul Aziz Madrasa for higher education. He also learned Tibb from his father and uncle and also benefited from Hakim Abid Sirhindi and Hakim Achhe Sahib. Like every great physician, he had a special passion for writing. He wrote many books and some of them are still printing. 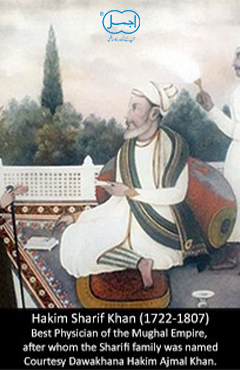 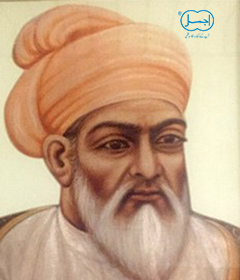 Sayyid Abd al-Hayyi Al-Hasani has named him as “Alsheikh al-Fazil” and Sir Sayyid as “Tabeeb Iswi Rawish.” Signs of good fortune and happiness were evident from his childhood. He received his early education at home and later benefited from other teachers as well. He also studied Tibb first from his father and then from other teachers.

His publication “Sharah Tashreeh Aazae Murakaba” gained more popularity in your writings. It is a medium-sized book written in eloquent Arabic that has long been part of the curriculum of Madrassa Tibbia. Unfortunately, Maulana Abdul Hayyi did not mention this in Nazhat-ul-Khawatir. Another important publication of Hakim Sadiq Khan is “Zad-e-Azib” which is about Tibb. Other publications by Hakim Sadiq Khan include Kuliyat-e-Khurd o Kalan, Khawas ul Adwiya, Makhazin e Taleem, and Tareeq-e-Taleem Tiflan.

Hakim Ghulam Mehmood Khan was an orthodox and traditionalist. Etiquette and priggishness were the ways of his life. He was behind maintaining the traditional civilization of Delhi. He wore Angrakha and a turban. He had reached the mastery position in his father’s life. Zia-ul-Absaar, Qanun-e-Sharifi, Karnama-e-Ishrat, and Matab Mehmood Khan are his well-known publications.

His clinic was always crowded with patients and was very famous in Delhi. Patients came there from all over India. Additionally, patients from Afghanistan, Turkestan, Iran, Iraq, and Arabia also visited his clinic. It was always like a festival in his clinic, but he was very strict with his rules. He prescribed always low-cost medicines to his patients. 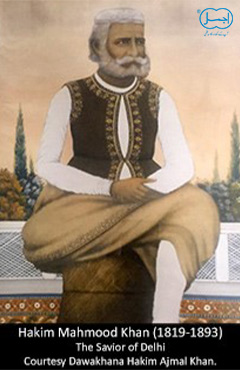 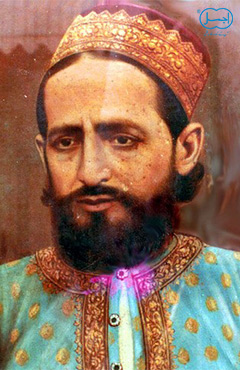 Abdul Majeed Khan was born in Delhi. His surname was Abu Saeed. He was educated by Maulana Muhammad Ali Chandpuri and Mianji (Nazir Ahmad Mohaddess Dehlavi). He studied Tibb from his family elders, and learned medicine from his father, and started teaching and treatment in his father’s life. He treated many great names of Jews and Muslim scholars. He was also associated with Muslim celebrities. Maulana Ashraf Ali Thanwi had studied Tibb from himself. The author of Nazhat-ul-Khawatir has mentioned to you by the names “Ajaib-ul-Zaman” and “Mahasin-ul-Hind”.

He charged rupees thousand for checking patient outside Delhi, but nothing was charged from patients inside Delhi.

A gentleman came for a checkup just to evaluate his eligibility. He described all his history and explained everything. He asked for the treatment and Hakim Abdul Majeed refused and said you came to test me not for the treatment.

Once the plague broke out in Delhi and the government set up camps outside the city to relocate the affected. He stopped the people in town and said that I will treat everyone here.
After that, with the help of his students, he treated people so successfully that the authorities were left staring in his face.

On such services, the government entitled him as “Haziq-ul-Mulk”. He accepted this title on the condition that this title would not be given to anyone other than his family.

Wasil Khan was the dearest of the three sons to Hakim Mahmood. This pampering did not allow him to turn to education and the whole time of his beginning was devoted to wrestling. At the age of twenty, his father turned his attention to Tibb in a different way. And after a few years of struggle in Tibb, he achieved perfection.

He also invented some herbal medicines and was the physician of many states.Nawab Sahib of Dir state always preferred him for the treatment. Apart from Tibb and calligraphy, he was also fond of poetry.

He also used to associate with Dagh and his disciples. The famous hadith scholar Sayyed Anwar Shah Kashmiri had received his medical education from him. He was died in 1950 and buried in the family cemetery with his father and brother. 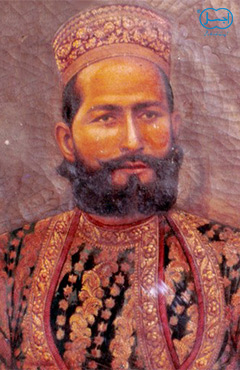 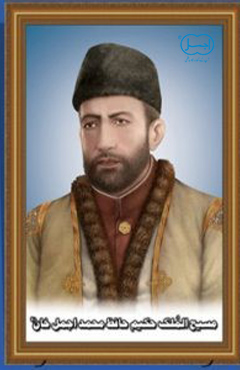 Masih-ul-Mulk Hakim Muhammad Ajmal Khan Dehlavi was a political leader, social reformer, expert physician, poet, and famous educationist in the twentieth century. His services cannot go unnoticed in all these spheres of life. Hakim Ajmal Khan was born on February 11, 1868, at Sharif Manzil in Delhi. Before birth, the father dreamed that a throne would descend from heaven and come down to the courtyard. In the morning, he Interpreted that he would have a son and memorize the Holy Quran. As a child, he was known as “Ajan Mian”. Education and training took place in an Eastern style. The Holy Quran was memorized by Hafiz Daim Ali Muradabadi. Hafiz Daim Ali Muradabadi was a student of the same family in Tibb and later became the Imam of a mosque in Muradabad. He studied Tibb from Hakim Ghulam Raza Khan, who was an expert pulse reader and ethical physician. He also read some of Tibb’s books from his family elders. In 1908, the British Government awarded him the title of “Hazeq-ul-Mulk” in recognition of his medical expertise and services. This title had already been given to two of his family elders before. You are remembered by different names. Initially, the Government of India gave him the title of “Hazeq-ul-Mulk”. On Tark-E-Mawalat he returned this title and after that, the nation gave him the title of “Maseeh-ul-Mulk”. Mahatama Gandhi called him the “Khamosh Devta” and Pandit Jawaharlal Nehru the “Dehli Ka Be-Taj Badshah”. Lord Hardinge called him the “Magnet of India”, the uneducated people used to call him “Hakim G” while the class of scholars called him “Rais-ul-Ulema”.
Top
Top