Emerging Economic Crises| A Challenge For Unani Industry in Pakistan

Islamic Republic of Pakistan is one of the greatest blessings to us that has plenty of natural resources and growing potential. But Emerging Economic Crises according to a report Economic by Human Development Index in 2016, Pakistan lies in 147th position among 188 countries in total for its poor economic conditions. Emerging Economic Crises  in 2021, it was at 154th position. Keeping this fact in consideration, we can say that our beloved homeland is in a traumatic condition, suffering from severe economic crises.

However, we get a sigh of relief to some extent when we take into account the herbal trade market of Pakistan that entirely depends on ‘High Value Minor Crop’ or MAPs (Medicinal and Aromatic Plants

High value minor crops / MAPs makes the foundation of the entire unani medicine industry and other Indian and Chinese medicine systems that depend on phytopharmaceuticals for the treatment of simplest to complex human health issues even before the literary records of ancient medicine systems.

Here we will portray the picture of challenges facing the unani industry (herbal trading) all over Pakistan due to economic changes, especially after this Covid-19 outbreak.

Unani System of medicine is a well-established indigenous Indian medicine system that is surviving on therapeutic experience of different practicing physicians and their forefathers by eons. Nevertheless more than 1.5 million healthcare personals and practitioners rely on remedial plants for their amazing medicinal and phytochemical profiles.

It is worthwhile to say, the entire unani system has been nourished in the womb of herbalism. In other words, all the unani formulations and compounds are made of herbs and herbal mixtures. Therefore, the entire preparation includes renewable energy resources and eco-friendly methods.

From the above botanical review, you can easily confer that herbs and herbal derivatives acts as a cornerstone in all the medicine systems and deep-rooted unani industry. They play a streamlined role and bash the door when we consider their economic importance for increasing a country’s annual GDP.

Perhaps, the global herbal market scores 25 to 30 billion annually from plant based drugs. However, this all-inclusive herbal trade market pirouette especially around Pakistan and India. Here let us tell you the fact that total global trade in 2005 was 18 billion but in 2006 it became 60 billion dollars.

Among the substantial importers, we can see Europe under the light as it spent more than 1 billion dollars every year to import MAPs, largely from Asia and Africa. Total sales from Asia alone are 2300 million dollars annually in which annual growth and contribution from Pakistan and India is more than that of European Union, Japan, South East and Africa. 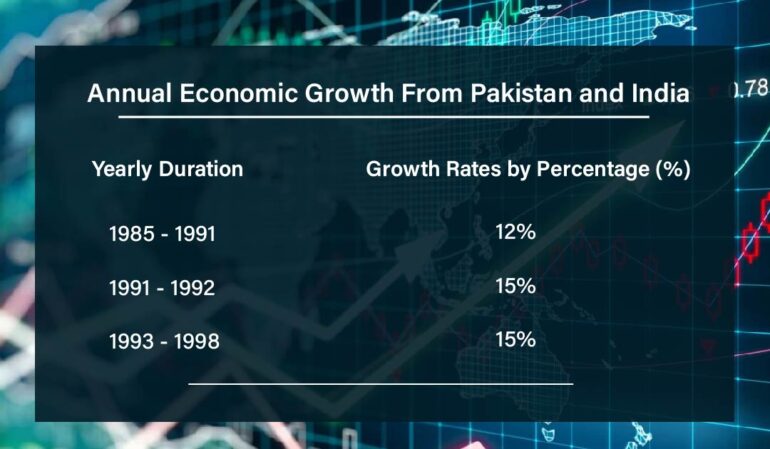 In 2004, the World Health Organization (WHO) depicted that Pakistan is an underdeveloped country yet spends ¾ of its healthcare expenditures on medicine, more precisely herbal medicines because almost 80% of Earth’s population prefer herbal medicine.

MAPs are the key source of economy for Swat District. Once these medicinal plants and herbs are dispatched from native place, they are brought to three major cities of Pakistan – Peshawar, Karachi and Lahore. However, Pakistan is the 9th largest importer of MAPs and imports almost 11,350 tons every year. 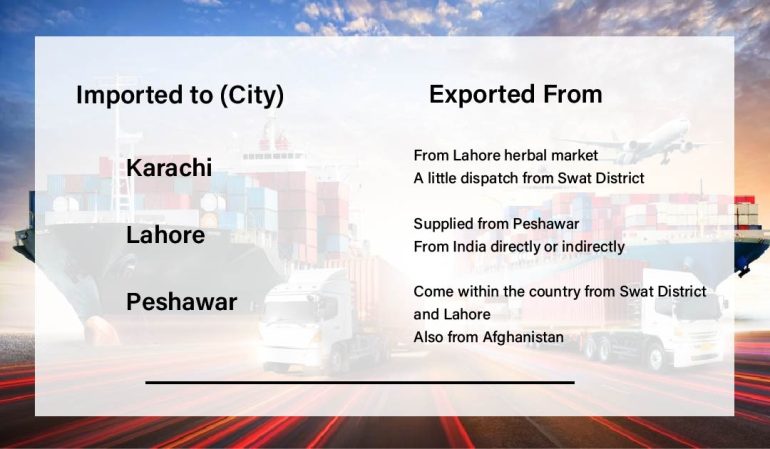 India is an overpopulated country but it lies in 8 top mega diversity countries with enormous biodiversity and four biodiversity hotspots. Thereby, we can say India with its well-established traditional herbal medicines and related well-research literature support sitting on a gold mine. Therefore, Pakistan depends on India the most to encompass herbal formulation and sell them to Pakistani individuals.

Our country comes in 10th position for exporting almost 8,100 tons of herbal products mostly to Europe and the US. The volume of exported goods reflects the country’s potential. Emerging Economic Crises Therefore, we encourage the cultivation of MAPs in different areas of Pakistan to raise up our economic background. We can make use of advanced techniques like medical engineering and modern machineries to harvest MAPs as an economic strategy.

As the Unani Industry is based on herbalism, it brings economic prosperity to those cultivating their own raw materials. But for Pakistan no doubt this system is popular but we have overcome some but are still fighting with many challenging situations for the growth and development via this system.

The modern unani industry has a combination of orthodox and natural therapies. According to a report presented in the British parliament all over the English communities now prefer natural remedies over other western medicines.

The only reason behind switching from the synthetic drug system is the effectiveness and less or no side effects on these drugs. Economic Crises Thereby, this shift puts a huge responsibility on all herbal medicine related persons – practitioners, researchers and manufacturers to make sure to follow the quality control protocols for these oriental herbs and maintain the consistency of drug throughout. Every year Europe imports 400,000 tons of remedial plants, hence it is the biggest importer of MAPs from Pakistan and India mainly. Here they believe that natural compounds are 100 times more trustable than synthetic. Therefore, they extract phytopharmaceuticals by different time taking procedures and are subjected to extensive research on it. Unfortunately, only 1 out of 5000 extracted phytochemicals complete all the drug developmental stages successfully. So, a large portion of these MAPs exported from Pakistan are destroyed for the sake of research.

In Pakistan, our agricultural crops are the major contributor of the economy. Since ancient times, we have been cultivating MAPs (High Value Minor Crops) as a household farming operation in South and Western Asia.

As per an estimation, it is the main source of income for more than 5000 nomadic tribesmen. These people living in mountains (like Swat Valley) do not have sufficient knowledge of harvesting. Therefore, they use poor agriculture, propagation and post-harvest procedures that affect the nature, quality and yield of herbs. Listed below are some challenges for the unani industry during the cultivation of raw materials.

It has been revealed through a review that the overall discovery of new pharma (unani) medicine is a time taking procedure.

This fact leaves a cynical impression on the fate of ongoing projects in the unani industry. As a result, respective persons and companies withdraw many of the medicinal plants research projects and projects cease due to deficiency of funds.

That’s why, Emerging Economic Crises the current low economical condition stops the project and the project then puts a negative impact on the country’s economy due to wastage of time, efforts and expenditures.

For sustainable development and overcoming traumatic economic conditions, we must keep an eye on the growth of the unani industry that is facing many challenges Emerging Economic Crises but still serving mankind by treating underlined human health related matters. The combination of natural human pharmacopeia and various fields of medical sciences in Unani Industry can lay the foundation for a new revolution in the current healthcare system that is much needed for economic support of Pakistan.