The world paid a great tribute to the prestigious scholar Hakim Ajmal on World Unani Day 2022. Various seminars were conducted around the globe. Likewise, many conferences were conducted all across Pakistan.

Masih-ul-Mulk, Hakim Ajmal Khan was a prominent nationalist and modernist. He had a multi-dimensional personality, from treating humankind to participating in social welfare. He has a pivotal role in the subcontinent’s political history. Moreover, he has always been politically engaged with Muslim Hindu Conflict. As a prominent figure in political society, he never took the medical field for granted. There are numerous alkaloids named after him, i.e., ajmalicine and ajmaline.

“Masih-ul-Mulk fought a fierce battle with the western physicians during the British rule to survive Greek medicine.

Thanks to him, Greek medicine is still alive today.”

Masih-ul-Mulk, Hakim Muhammad Ajmal Khan established the first Unani Institute in the subcontinent and depicted the Unani Medicine as a permanent way to promote Tib. He was the one who discovered medicine for blood pressure and did research in Greek medicine. Hakim Khaliq-ur-Rehman emphasized that Bazm-e-Ajmal has nothing to do with politics.

Hakim Ratan Lal said that Hakim Ajmal Khan respected all religions and did not deny his benevolence towards humanity.

Hakim Afzal Ghauri of Mandi Bahauddin said that to maintain his dignity; he should follow the teachings of Masih-ul-Mulk Hakim Muhammad Ajmal Khan.

Hakim Fakhr-ul-Islam Ghazi acclaimed the struggle of Ajmal Azam. Prayers have been offered for the repose of his soul۔ 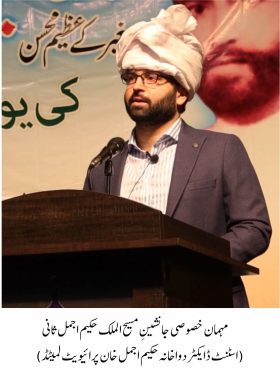 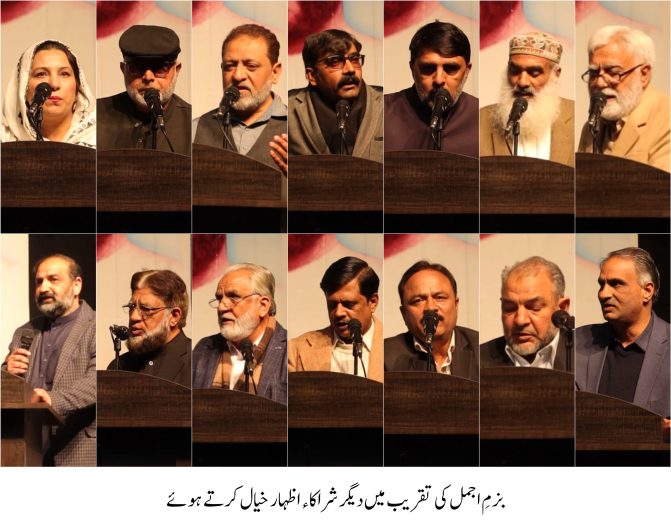