Acupressure therapy also relieves pain that is even not treated fully with the use of modern painkillers. In modern medical science, treatments such as acupuncture and acupressure have so far been dismissed as unscientific and groundless. But now a recent study has shown that these therapies, which have been used in the East for thousands of years, can significantly help reduce the pain in the body of cancer patients.

The acupressure has been a very important part of traditional Chinese medicine for over 2,000 years, and the fact that it is still operational at present is evidence of its efficacy in treating different health problems and pain. Acupressure is basically a way of transmitting signals to the body to activate your self-healing process. In general, Qi, essential energy flows in the body through natural pathways and these pathways are called meridians. Obstruction in this flow of energy or unevenness in yin and yang can cause infirmity and discomfort in the body. Acupressure therapy helps to fix the operational discrepancy and restore the energy flow as the body returns to a more normal state of health.

Acupressure therapy is often named acupuncture without the use of needles. Rather than the use of needles, acupressure applies manual pressure, generally with the fingers or hands to a specific point on the human body. As mentioned above, according to the philosophy of TCM, hidden pathways of energy called meridians flow inside the body. There are almost 14 meridians that connect our organs with other parts of the body. Acupressure points are with these meridians.

Acupressure therapy is a useful structure of stimulation that is mainly used to help lighten up the stressed muscles. If done on a regular basis, this process of self-massage can keep up improvement in the body and reduce the chances of recurrence.

An easy way to encourage these points is to press the finger firmly in a rotary movement or up and down movement for a couple of minutes. It is suggested that you use this information under the expert guidance of your doctor. 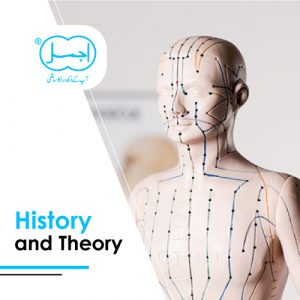 Acupressure therapy, similar to acupuncture, is a treatment condition in traditional Chinese medicine. It is composed of a comprehensive system of preventive treatment and health rehabilitation that includes the herbal cure, nutritional recommendations, standard therapeutic workout, as well as martial arts and other bodywork. According to some historians and experts, acupressure is thought to have been used in China even before acupuncture and that dates back to 2,000 BC. The oldest identified manuscript on acupuncture points (meridian points) especially is the “Systematic Classic of Acupuncture”, dated back 282 A.D.

In the early days when arrows and stones were used as weapons in war, many injured soldiers began to report relief from continuing health problems that abruptly disappeared. It used to be difficult to make the connection between an injury caused by a piercing weapon and recovery from it. It was finally concluded that certain health problems could be treated by piercing some specific points. Early instruments for acupuncture or acupressure therapy were replaced from arrows, stones, bones, bamboo slips, and ultimately needles made of silver, gold, and copper.

The purpose of acupressure is to stimulate the movement of Qi through 14 meridian channels inside the human body. It is also considered that when there is an imbalance in the body, it can cause a blockage that can be cleared with the help of acupressure therapy by pressing the meridian points. Chinese medicine believes that individuals can restore their health by accentuating personal responsibility for one’s health, unlike most Western medicine.

Shiatsu is a Japanese type of acupressure therapy, derived from the Japanese words for 指 (finger) and 圧力 (pressure). Other than putting pressure on these acupressure points (meridians), the Shiatsu expert can use his palm pressure, pull, rubdown, or other manipulation methods. The most striking feature of Shiatsu is the deep use of the practitioner’s thumb throughout the treatment. In Japan, the Shiatsu practitioners are licensed by the Ministry of Health and are officially recognized as shiatsupractors.

In the West, shiatsu is often used to treat disorders related to bones or mental disorders such as anxiety and depression. Shiatsu is a modern form of acupressure that combines some techniques and methods of Chinese Tui Na massage along with Western medical practices. The word shiatsu was first used in 1915 by a practitioner Tenpaku Tamai.

Shiatsu was organized by Tokujiro Namikoshi in 1940s. He also combined anma method (Japanese name for Tui Na) with a Western philosophy of human anatomy and physiology. 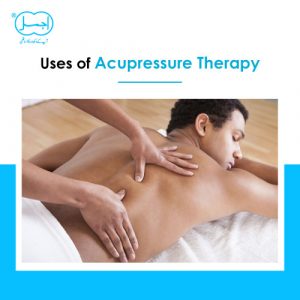 Most people use acupressure therapy to manage the symptoms of a health condition, for instance:

Most of us are working in offices and experience neck and shoulder stiffness and pain, which are the result of stress and can even lead to headaches and muscular stress. Acupressure therapy experts state that there are a number of pressure points on the human body that can be used to relieve stress and muscle tension including shoulder stiffness and neck discomfort. The first meridian point that they describe is between the thumb web and the first finger. All you need to do is to press the meridian point by applying firm pressure on it for few minutes and then repeat it.

For Lower Back Pain

Similar to neck and shoulder pain, there are many who are experiencing lower back pain and mostly these types of problems are generally found in women. There are also two main meridian points that can help by applying pressure on them. The first meridian point is on your waist. For that, you need to stand up and flippantly grab your waist with your hands and wrap your back with your thumbs. Apply circulatory motion using your thumb pressure for at least five to 10 seconds. Repeat this three times.

Another pressure point to relieve your low back pain is about midway up your calf muscle. Apply the same circular motion on that point for at least five seconds and repeat it three times.

The sinus pain and pressure can be released by apply pressure in between both eyebrows. For that, you can use the thumb or index finger and apply circular motion there for five to seven seconds. Another meridian point is at occipital temples; use the same circular motion on it. The third meridian points it between your temples to either side of your nostrils rub that point with the same circulatory motion for five seconds. 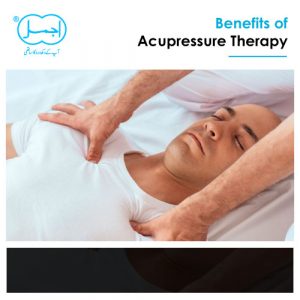 There is currently a lack of research or data to discover the efficacy of acupressure therapy. However, still, there is some confirmation that acupressure therapy of the wrist can help alleviate pain and discomfort followed by a sports injury.

In a report published in the Cochrane Database of Systematic Reviews, experts examined almost 22 previously published clinical trials on acupuncture or acupressure therapy for labor induction and established no clear advantage in reducing C-section rates. For instance, to locate the point “P6” – which is generally used to treat symptoms like nausea and vomiting, place the thumb or finger in the middle of the wrist line, then slowly move it almost two inches across the elbow area. The meridian point is located between two large tendons of the arm.

Side Effects and Safety